Well today is my last day of my epic spring break trip. My trip took me to five different countries and eleven different cities along the way. From Amsterdam to Budapest to Frankfurt I have covered a huge expanse of Europe and history itself. I have seen the different cultures of Europe through language, food, even clothing. I have walked in the footprints of giants and seen history for all its worth. This is a story of the most memorable things I have seen along my trip.

Berlin holds a special place in my heart because of the great historical importance the city has, both good and bad. I was lucky to travel to the Jewish museum in Berlin which was an eye opening experience. The museum itself is a small picture of what life was like for Jewish culture throughout history leading up to the terrible events of World War II. But the truly breath-taking thing about the museum is the symbolism that the large empty cavities and the room of faces have on the unprepared. When you enter a large empty room that is lined with ten thousand metal faces on the floor representing the people who were killed in the Holocaust it has a staggering effect. It made me pray that the conflict in Syria comes to a speedy end so they don’t need to build a museum to it and do a similar thing. 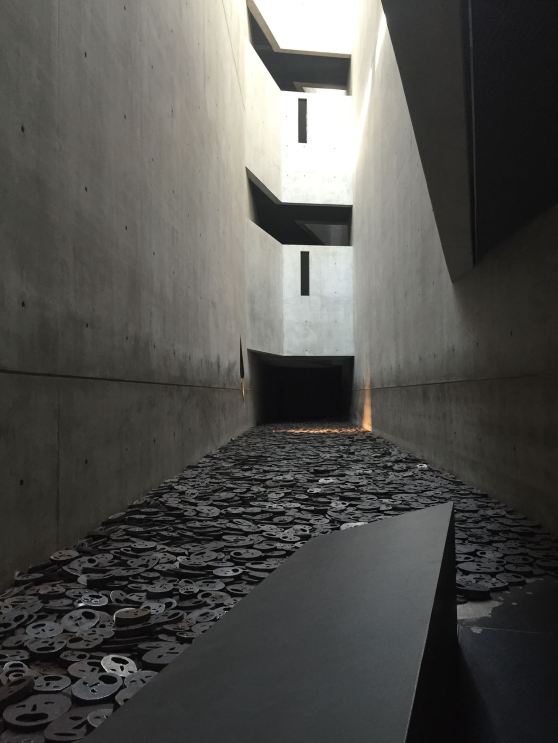 In Budapest I spent time exploring a city that has many hidden gems waiting to be uncovered by the adventurous. I happened to be bored one day so I looked up museums in Budapest and the top rated one was a pinball museum. I was shocked that I had not heard about this before so I decided to make the trip across the city and visit it. I was not disappointed. There were over fifty pinball machines from the 1940s to the present. And a majority of them were even playable for free. A truly worthwhile experience to explain my time in Budapest. 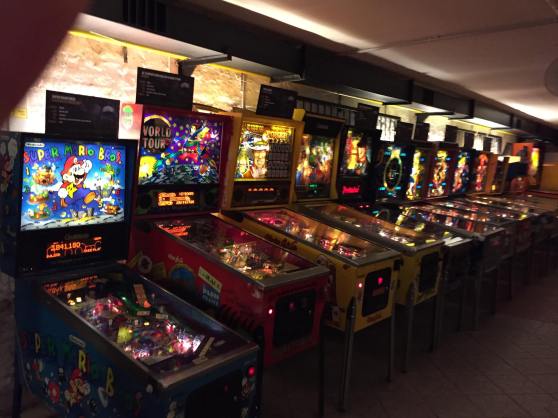 The last amazing moment I had was in Munich, Germany where I saw the true meaning of being a traveler. I was sitting in an Italian restaurant all by myself when a man and his young son came strolling in. The man ordered in German but spoke to his son with a Southern American accent. As soon as I said hi we spent the rest of the meal talking about our journeys and life in general in the last place I expected. It really shows how the unexpected conversations can sometimes be the most worthwhile if you are with interesting people.

To end this story I think of all of the amazing people who have made my trip possible and the ones who helped make it amazing. It has also made me appreciate the friends I have both in Scotland and back in the United States so much more because its a strange feeling to go three weeks with barley any contact with people you know other than through messages. So thank you to everyone who has helped me and supported me over my travels.

So everyone talks about culture shock like it is this super scary thing that affects everyone in their own special way. Now, I’m one of those people who believes that all you have to do is accept that things are going to be different and everything will be okay but sometimes that can bite you.

I have spent the last three months in Scotland which both very similar and very different from the area in which I come from. It has more people in a much smaller area and they are use to a different way of life but they share many traits. The biggest one for me is the language that they speak. At first it took a few days to get use to some of the things they said, all the while wondering if they were truly speaking English. But I have quickly picked up the accent and have fallen in love with Scotland and all of its wonders to behold because every time I start to think I have seen it all, something happens. I connected so much more with everything around me and I really felt like I belonged in the highlands. But then everything changed.

I decided to city hop across Europe for my spring break and I quickly came to realize that I took so much for granted in Scotland compared to the rest of the world. I landed in Amsterdam and was dazed by all that the city had to offer but one thing seemed to nag at me the whole time. I just shut it out of my mind because I believed that everything would be great as long as I cam at it with a positive attitude. As I prepared to leave Amsterdam I actually met some people who had lived in Montana for quite some time and it made me realize how much I had waiting for me back home.

As I headed off on my next train journey to the German city of Hamburg I quickly realized what it means when you just can’t understand people. My train was delayed for a few hours after an emergency and when they spoke over the intercom they always spoke in Dutch and then German followed by English. It made me cringe because I could see everyone around me knew what was being spoken but I just couldn’t put all the words together fast enough so I would wait for the English one to find out what to do.

To end the crazy day on my journey to Hamburg I decided to go out for some dinner because I hadn’t eaten all day. The restaurant that I chose was so full that they were seating random groups of people together and I ended up siting with two German guys who never spoke a word to me because I wasn’t able to speak German enough to carry a conversation. It really shocked me how much language can divide me and it gave me a quick insight what people who are felling conflicts around the globe must feel when they come to another country and they can’t understand any of the people around them. It’s not a good feeling and it can quickly demoralize a weary traveler.