After months of waiting, our journey has finally begun. Now the entire class is jet-lagged, exhausted, and stuck in yet another airport (JFK to be exact). But, I guess that’s just how travelling goes. I cannot even imagine how good it is going to feel to get off of the next plane, and walk out onto foreign soil for the first time. Several of the other students in this class have already travelled the world, but this is a first for me. I am excited, to say the least. Also, I thoroughly regret not getting more than an hour of sleep last night, but in the end, it was probably worth it. 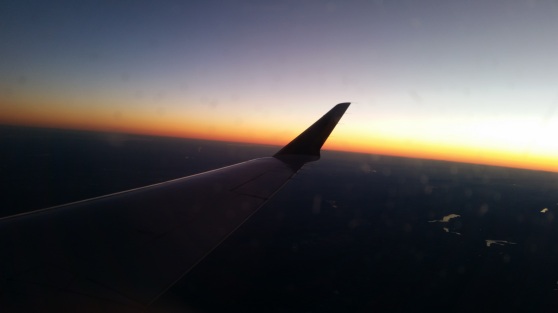 As usual, the airports have been awful: crowded, noisy, boring, and they all have the same over-priced, mediocre food. I have flown many times in the past, but never for more than ten or twelve hours at a time. This twenty-four plus hour thing is a little much for me. I’m sure it will be worth it in the long-run though. It better be. I am honestly terrified that I put hundreds of hours of work and god knows how much money into a trip I might be miserable on. That’s ridiculous though. I have Adam (my wonderful boyfriend) to keep me company, and am beginning to get to know some of the others in the class, and I am sure that after the first few days I will be more comfortable with everybody. The fact that I was not actually in the fall-semester history class with everyone else (I had to take an independent study instead, due to a schedule conflict), makes me feel outside of the rest of the group, but that will certainly change soon. Either way, I am thrilled to go on this amazing adventure, and see/learn all that I am able to, in such a short amount of time.