For my last blog post for GLI I decided it would only be fitting to write about three different perspectives of life.  One from a Polish-Greek easy going and quite well humored guy, another of an American-Greek beauty who is fierce, but she also has a full heart and fun personality with great energy, and last but absolutely not least a friend from Egypt who can brighten up anyone’s day with his infectious light-hearted spirit.

For most of us, our GLI capstone group and topic have been assigned.  The focus of my group’s project is sustainability and my time here in Greece is unfortunately coming to an end; however, the bitter, bittersweet ending of my journey here is not what I am going to share.  Instead, I chose to interview three incredible, unique, and inspiring young individuals.  I bombarded all three with slightly random questions dealing with their personal lives’ and where they are from, then questions about recycling and how their culture or communities are impacted by the ideas or practice of sustainability.

Let me introduce first, Vassilis Goumas, he is the residential assistant of the apartment building I have been living in the past four months, but his title of “RA” does not do him justice.  Vasssilis is knowledgeable and willing to help you with any “personal” problem you may come across and answer any questions about really anything.  This is his junior year at the American College of Greece and he is studying environmental science and economics, which is why he gave great insight on sustainability and personal wellness of the Greek culture.  He grew up in Poland till eight years old and he then moved to Greece, as a child he lived in a friendly neighborhood for families with children and was encouraged to play.  I asked him if he feels he gets enough physical activity now, as a college student.  By walking a lot in the city of Athens and just doing things he enjoys like hiking.  However, he also commented on “finding a middle ground for people exercising in Greece – rare,” and “there are two extremes, people who sit around and people who are always exercising.” 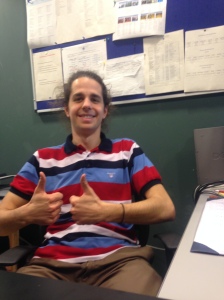 In Greece the two main cities where there is the dense population are Athens and Thessaloniki filled with millions of people.  The smaller cities and towns are the rural communities where people’s families usually originate from and are called villages. It’s in the villages where the strong family communities provide stability and support for each other and people are in habit more sustainable and conscious of their resources.  Greece has a culture where family is the center of everything and the individuality comes second.

I was so fortunate to steal some of Konstantina’s time and hassle her with questions about growing up as a Greek on the East Coast.  She was honest and gave an incredible perspective as a Greek-American New Englander, studying tourism and hospitality.  Konstantina also visits her village where some of her relatives reside.  I asked her how accessible it is to recycle at home, on the east coast versus Greece, and she brought up several comparisons, like the pressure of recycling and mentality people have in her area to recycle is encouraged (in the U.S.) but in Greece it’s not something as stressed about and the mindset of sustainability is not popular idea.  Even though recycling is more accessible to the general public in the U.S. it’s still an individual approach to a lifestyle and choice.  Her piece of advice is “care about your environment my friends (WE are ruining this beautiful place we call home!), and take a moment to enjoy what’s around you!” 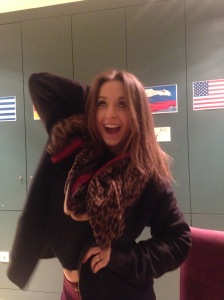 The last perspective I’m sharing with all of you is from a dear friend, I’m so lucky to have met at the beginning of the year.  Omar was born and raised in Cairo, Egypt, and is studying communication and advertising here in Greece.  His interests are in video editing, film and cinematography.  I asked Omar all about his life and what it was like growing up in Egypt.  He told me people are divided in the city of Cairo, as a hierarchy and division the status of wealth there are two extremes of poor and wealthy, the middle class is a lower percentage compared to either end of the socioeconomic spectrum.  A big problem is the streets are flooded with trash and Omar told me he feels it’s getting better because the government is beginning to enforce rules. 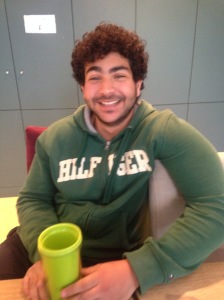 My last four months abroad have been maybe the best four consecutive months of my life.  The people who I’ve crossed paths with, had short or long conversations with have made me reevaluate the patterns of my own life and the joy of kindness. Even the strangers who took a chance to start conversation with me and those who I simply talked to once* were memorable and left me reevaluating the kindness of strangers because the way I see it most people are a little lonely and need a little human eye contact, if only for a few minutes or so.

In the past two decades I am so humbled to say I’ve had support as I have grown, developed, and matured in the good graces of my family and people who I’m incredibly thankful to call friends.  My time abroad in Greece has now been a little over two months and the amount of experience I’ve gained is so difficult to put into words.  The last few weeks I’ve traveled to Rome and different parts of Greece, a country I find myself speechless and in awe of everyday.  Not only the beautiful landscape of the sea a short hike away from my residence, but also the mountainous areas that hold amazing beauty.  This experience is unique as I mentioned in my last blog the country’s political standing and many changes occurring.  I have found it difficult to see the poverty and the struggle of the country because of the area I live in and of course, it is not a great or safe place to go and look for the suffering of others due to economic down fall.  The neighborhood Agia Paraskevi is where a place where the country’s deficit has not caused too many repercussions due to the wealth and luxury of the area before the crisis.

However, I have crossed paths twice now with demonstrations in the city center of Athens, called Monistraki, and have witnessed a variety of protesters.  The first protest I witnessed weekend after the Greek elections concluded and people dressed in all black carrying banners and wooden batons walked and chanted down the street.  In shock of what was taking place around me I thought it best not to whip out my phone and take pictures or video and simple kept walking.  The cultural environment surprisingly made me feel intuitive and wanting to know what was the reason for this, and I’m sad to report I never found out exactly the reasons for the people coming together this way.  The other demonstration was much more of a rally or almost “town meeting” type of gathering.  I remember as I was headed down to the metro after having spent an afternoon walking around the city center trying my best to fit in with the busyness of the people of Athens.  Banners were strung across the railings of the top of the metro entrance in front of the capital building I remember seeing the first weekend in Athens.  People weren’t chanting, people weren’t dressed in a uniform color of clothing and the day was shifting from late afternoon to evening.  The two events I cannot forget even though they were a pinch of a moment in time coming in and out of my physical presence in the blink of an eye.  The even stranger part for both moments’ people ebbed and flowed through the sidewalks and in and out of the metro as if nothing out of the ordinary was going on around them.  And they just kept moving forward.

As always be kind,

It has been exactly one month since I landed in the Athens airport and shortly after arriving at the residence building apartments.  Across the Atlantic Ocean and many miles away from a most familiar home to now a completely clean, fresh, blank slate home densely populated and where English is not the first, and in some cases, second or third language of the local people.  I ask myself this, how do I find balance within?  This is a question to ask yourself anytime and anywhere, but I think especially when relocating somewhere for more than a month.  Time is slipping away as quick as smoke does after you blow out a candle, and the days are starting to blur as the more comfortable I become here in the city of Athens, in my neighborhood Agia Paraskevi.

Greece is drastically shifting as a country and this crucial time of political choices made by the newly elected Prime Minister Alexis Tsipras because of the country’s amount of debt.  In 2008 the economy plummeted and has since been trying to recover from the massive depression.  With Athens as the biggest city in Greece and the country’s capitol with approximately 3 million people, the metro station is usually packed in the morning and afternoon around 5 p.m.  Coincidentally, these are the times I’ve gone to the city center and plaka over the last couple weeks to visit the Acropolis, Parthenon, drink coffee, and do as the tourists do.  Behind the tourism I feel and see the people of Greece who are worn, worked, and have been through hardships as with any economic downfall.  Maybe it’s me being somewhat hypersensitive, but I feel I see sorrow and tiredness in the faces that I pass in my neighborhood down the streets and throughout the city during the day time.  I have yet to spend time with local people of Greece besides a few classmates and I hope to gain more details and listen to their stories, so stay tuned.

A little bit of reflection on my journey so far:

The challenges we face in life are accompanied by sacrifice and stress along with the many difficult decisions to make and sometimes with haste.  The opportunities we are given sometimes go unseen and simply learning to speak up and voice what you feel is right are obstacles young adults are challenged with daily.  I believe small victories add up to great victories in time and every day is a chance to try something different and stray from social norms.  I am so grateful for the beauty of life and the opportunities that I have been able to see and take advantage of and will never stop searching for the light of inspiration.  Sending love, and good vibes your way.

If you want to read and see more from my time here in Greece check out my personal blog https://teaganmartin.wordpress.com/ . 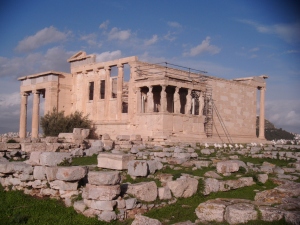