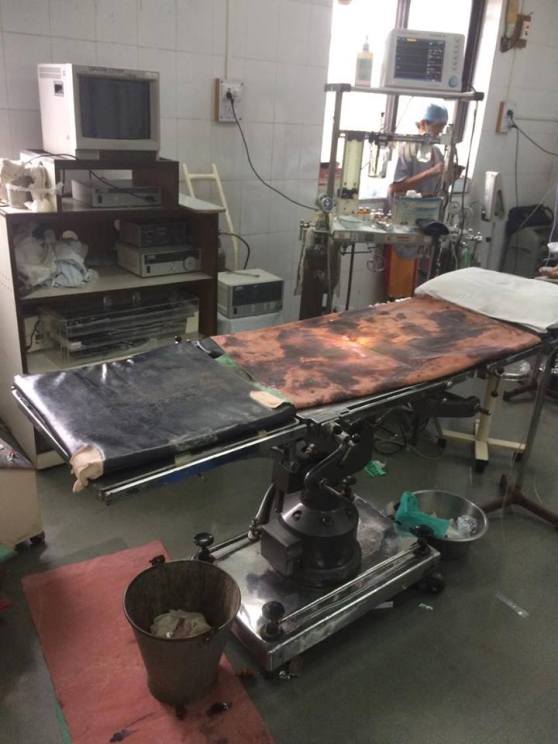 This is the Operation Theatre (OT) at a public hospital in Pune. There is another bed behind this one that looks exactly the same, and two operations are always occurring simultaneously. The thing about public healthcare in India vs the US is the fact that it’s ALL FREE. Every operation, vaccination, etc. is 100% paid for by the government or given by altruistic physicians who donate their time and equipment to provide India’s gargantuan population with the care it needs. Unfortunately, this means that there is a constant shortage of government provided equipment and wo/manpower. The fact that most of the population is nutritionally deficient in at least one significant way also puts a huge strain on medical resources. That’s why the private sector of healthcare is so much better than public at this point. Unfortunately, public care is the only option for most, and a lot of it runs on the altruism of the private sector. This particular room is serviced by about three OBGYNs at one time, from private hospitals all over Pune. Most will dedicate a day out of the week to perform operations, and the teams are very skilled and work well together, which is why they would dare to perform two operations at one time in one place. I can’t say whether this is the case everywhere. In three hours we saw two c-sections, a hysterectomy, an IUD correction, and four separate laproscopic procedures for either endometriosis and/or tubeligation. This was all before lunch, and all in one room. It was extremely impressive, and the physicians and nurses very obviously care very deeply about the patients they serve. People often turn up their noses at the cleanliness of the facilities, but what they don’t realize is that is is literally impossible to meet the standards of US medical facility cleanliness without wasting the already very limited resources that the facilities are provided, and when forced to choose between spending money on prettier beds vs providing emergency c-sections for poor mothers, they’re obviously going to choose the latter. 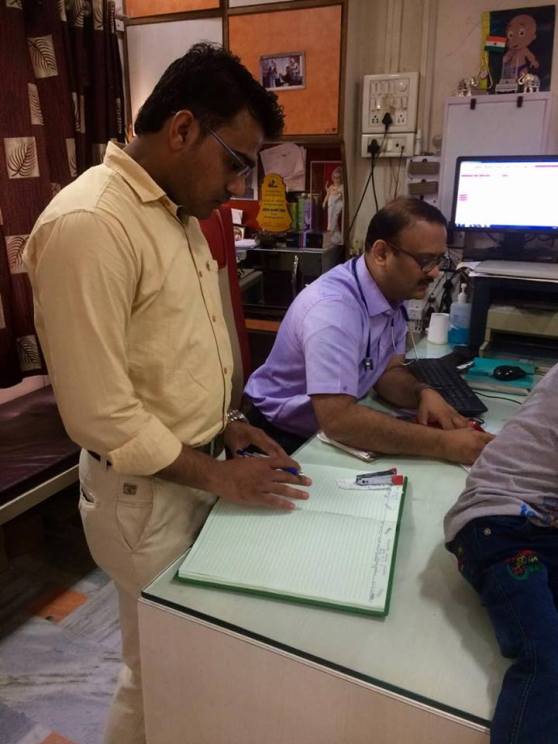 My first week was spent with the lovely Caroline, observing Dr. Kothari in his pediatric clinic in Pune. He sees around 80 kiddos every day. That’s an absolutely staggering number, and the poor man barely ever got to sit down unless it was to examine a child while using his personal desk as an exam table. He obviously loves his job and we spent every tea time having fascinating conversations about the differences in politics and culture between the US and India (as well as laughing about the kiddos and chatting about everyday life things of course)! Dr. Kothari is in purple, and the man next to him is a homeopath who was also observing. He was very sweet and never actually drank tea with us because he was in the midst of a fast. Poor guy. 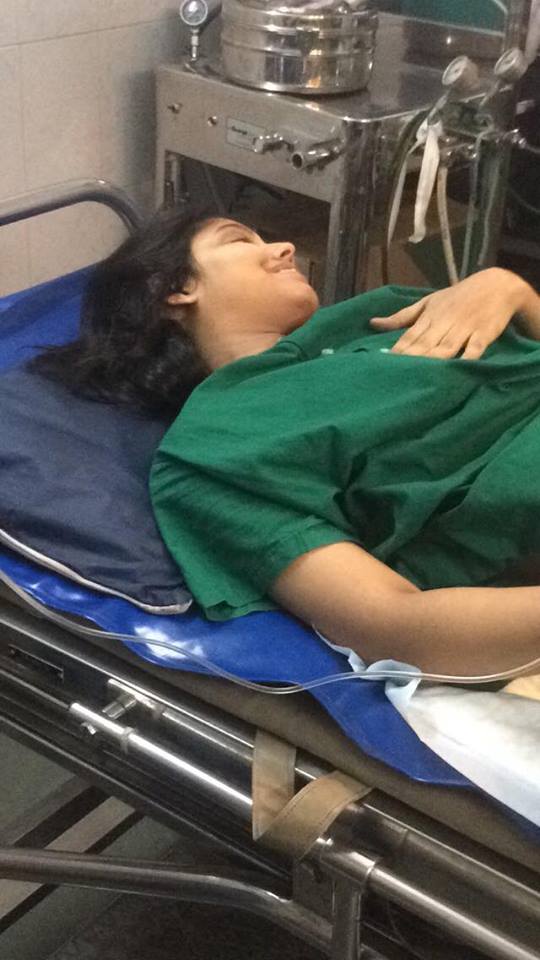 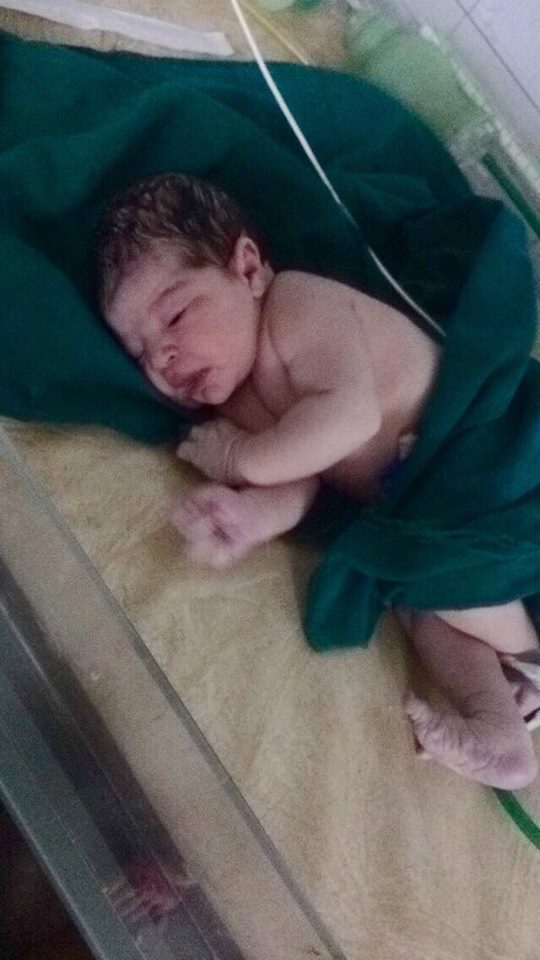 I had the privilege of watching this sweet momma give birth (a natural birth) to this equally sweet bb girl!!! This was done at Dr. Dugad’s hospital. She had no epidural, but still had an episiotomy (cutting of the vaginal opening to widen it to avoid excessive tearing) with anesthesia that basically looked to me like Novocain for the vagina. She didn’t scream once, despite the fact that she was very obviously in a hell of a lot of pain. Good lord. She stayed the rest of the week to recover, and we (meaning me, Caroline and Jelina at the time) got to see her little girl get treated for jaundice, eat celebratory candies with the whole family, and see the daddy being over the moon about his wee little girl. 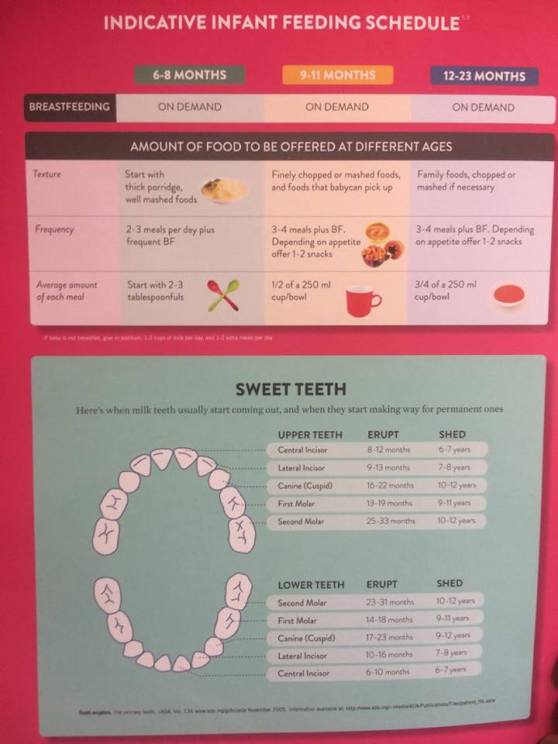 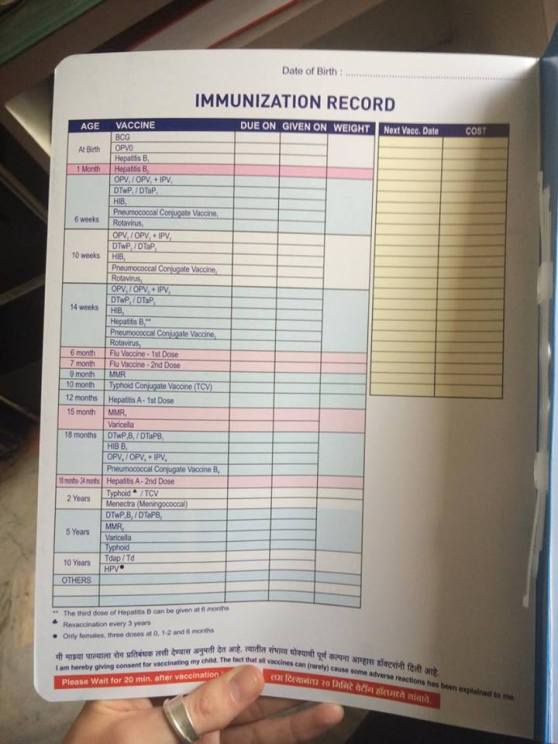 This folder is given to all of Dr. Kothari’s little patients’ moms and dads. 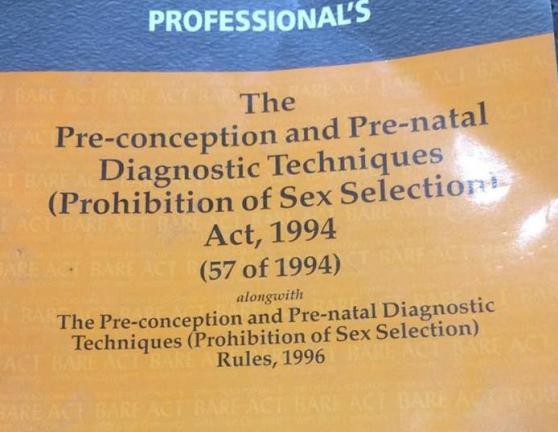 Thanks to this act, it is “now easier to get married in India than it is to purchase an ultrasound machine,” according to Dr. Dugad, who owns his own private OB/GYN clinic in Pune. There is a long, arduous registration process of the machines that are allowed to be purchased for use in genetic labs, OBGYN offices, etc. that needs to be renewed withtransfer of ownership of the machine, after every five years, and with initial purchase. Clinics are constantly under scrutiny for illegal disclosure of fetal sex, and violation of the act will result in 5 years jail time, the revoking of any medical license, and a large financial penalty. Even in cases of high-risk pregnancy (e.g. mother over 35 years of age, family history of genetic disease, etc) where chromosome panels, amniocentesis, or other genetic tests must be done, the physicians are sworn to not disclose the sex of the child. Before every initial sonograph, the mother must sign an agreement stating that she does not wish to know the sex, and that the physician has stated clearly the requirements of the act. The physician also must sign a similar agreement. By prohibiting sex determination, the hope is that faetocide and infanticide will be reduced, and it has been successful thus far. However, there is still a long way to go, and programs such as Catch Them Young (this program in particular is done through an NGO) are aimed at educating young ladies and men of the basics of the anatomy and physiology of their own bodies, of conception/pregnancy, and the importance of continuing education as far as possible. 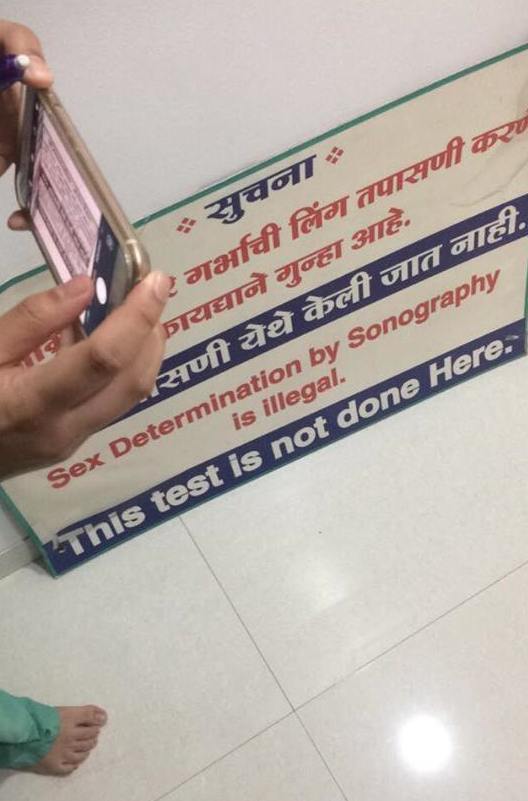 This act, as sad as it may be, is extremely necessary in India. When asked, Dr. Dugad expressed the opinion that female faetocide will continue to be a problem even 50 years in the future. Because of the fact that male babies are so much more socially desirable than females, if the sex of the baby is determined to be female in utero, then the chances of an elective abortion is very high. This is not because the mothers are mean-spirited or inherently hate women; it’s because of the familial and social pressure to produce males as opposed to females. For example, it is very common in rural India for mother-in-laws to kick young mothers out of the home for giving their husbands girls instead of boys.This is due to a severe lack of education about the process of conception, fertility, sex determination, and even basic bodily functions such as menstruation (which is still viewed as a punishment on the sinful female in many rural areas). If a female bodied baby is produced, then this is seen as a shortcoming of the mother, despite the simple empirical fact that a mother is incapable of providing a Y chromosome, and the father has no say in which chromosomes get passed on. Uneducated young women end up in crippling poverty because they are encouraged to drop out of school when they begin to menstruate, get married young, have dangerous pregnancies, have baby girls, disappoint their families, and end up on the streets. It’s either this or try everything under the sun to have baby boys, including undergoing dangerous and expensive treatments by “doctors” that will “guarantee” a boy after conception, or by finding out the sex by ultrasound and aborting the girls. This issue is extremely prevalent, which is why this act was necessary in the first place. 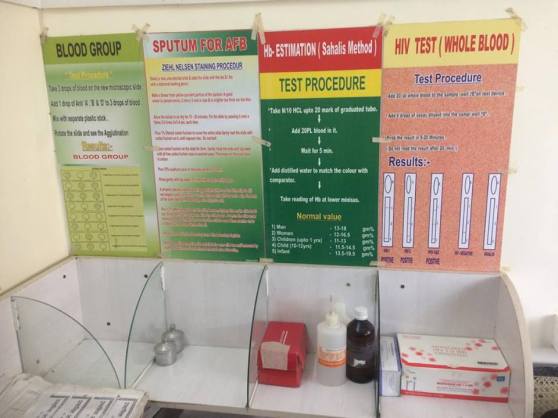 Pathology! The safety in terms of sharps disposal and body fluid cleanup would likely upset anybody used to US standards of sterilization. However, remember that many of these clinics barely have enough resources to keep a phone working much less to properly disinfect everything that needs disinfecting, as ALL public care is free. 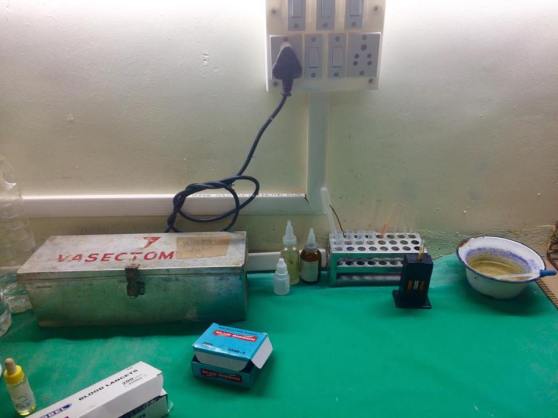 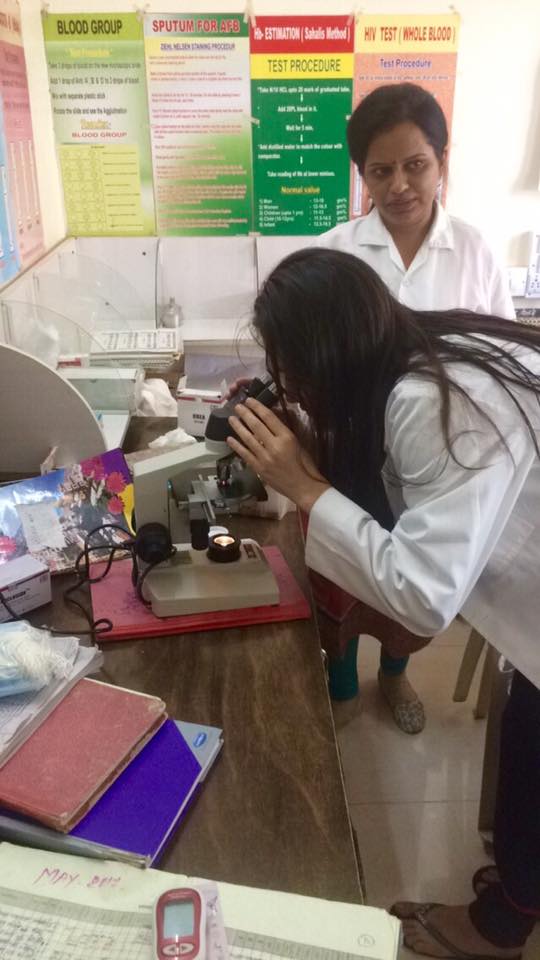 These are several photos of the pathology lab in the rural hospital we visit once a week. We’re being shown a malaria specimen under the microscope, which was very cool. This is a primary care clinic, meaning they only give the most basic care. Most primary care clinics are barely equipped to even provide enough iron supplements to pregnant mothers Secondary and tertiary care is provided in cities, but as of now there is a very VERY limited emergency transport system, and the odds of living in a rural village serviced by any kind of emergency vehicle is extremely slim. Most people in India that don’t live in the cities are farmers who have to walk several miles just to get to the primary care clinic, that may not even have a working telephone. A medical official is supposed to be on call at every clinic 24/7, but most medical providers do not want to be working in these isolated areas, and often are not present at the clinic or available at all hours. Many are not even equipped to provide emergency delivery care. 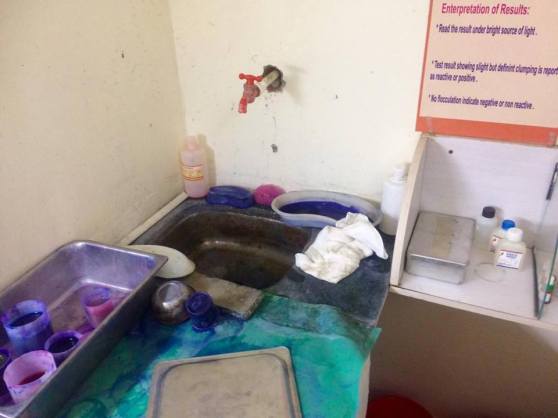 This is also the pathology lab. The only tests that are able to be performed in this clinic are rapid result tests. If a patient is suspected of having something that would require further testing in a better equipped facility, then the test needs to be ordered, which is quite expensive for them to do. That’s why these more complicated tests are almost never used for preventive measures. For example, we can get biopsies done almost anywhere at anytime for any reason in the US, but the only way that a patient could get one done in this clinic is if they are already showing signs/symptoms, or pay out of pocket. All of the tests offered are detailed on the walls to assist the pathologist who may or may not be particularly qualified, depending on the clinic. Even some of the rapid result tests are in short supply, and are not used for every patient. For example, they don’t ever have many HIV/AIDS tests on hand, so again, only those patients who are already sick may use them. 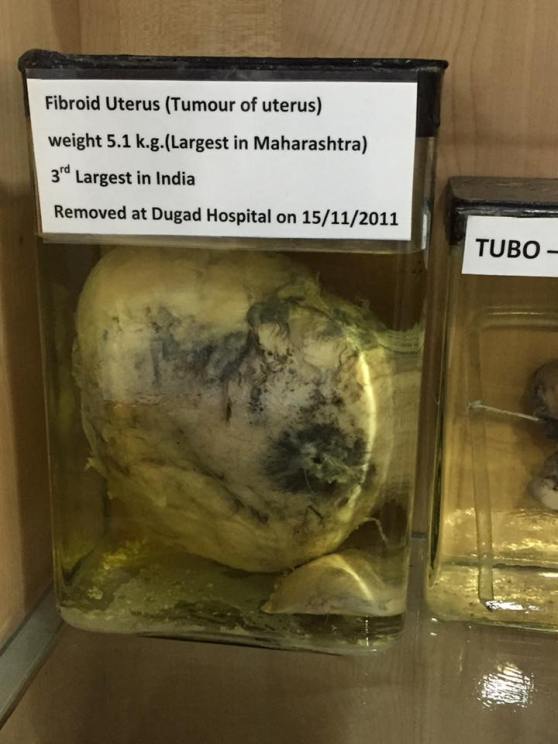 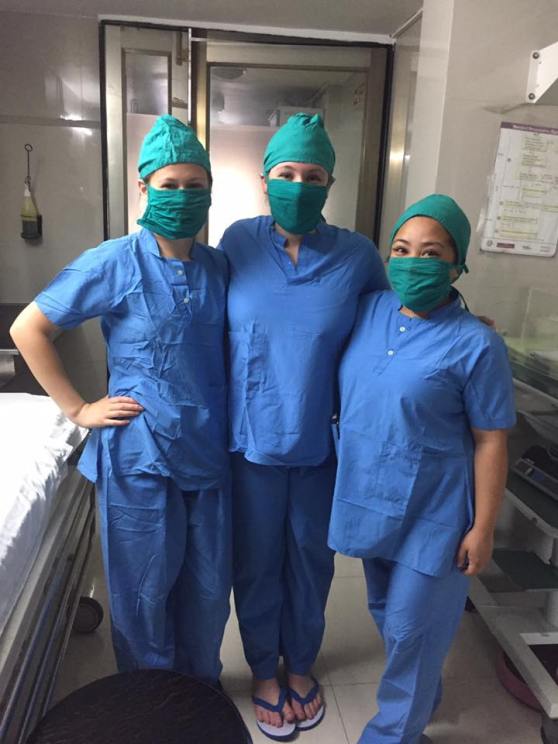 What fine, spicy ladies I get to see every day. 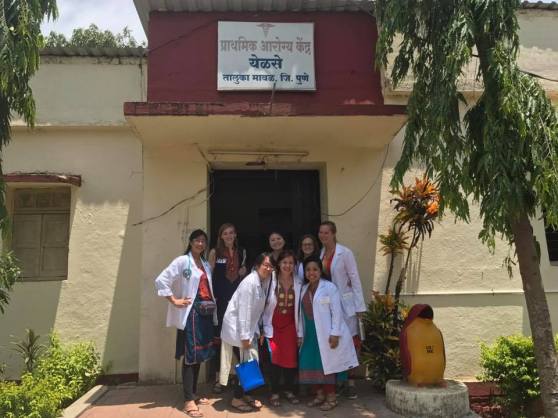 This is the group at the rural clinic last week! The medical official (not pictured) is in the process of becoming an OBGYN, and he was very nice. After visiting a patient who wasvery obviously on his death bed, I asked about hospice/palliative care in India. He had absolutely no idea what I was talking about, since such things are considered unaffordable luxeries anywhere but the heart of the richest cities, in private hospitals. Even then, most people are cared for by their families until death, and end-of-life procedures are very simple. In the United States it is very expensive to die. Many surgeries and procedures are done to draw out the life of an ailing individual, whereas in India that simply isn’t an option and therefore hasn’t become the norm, even among more affluent communities. Comfort is the priority in the case of a chronic illness. 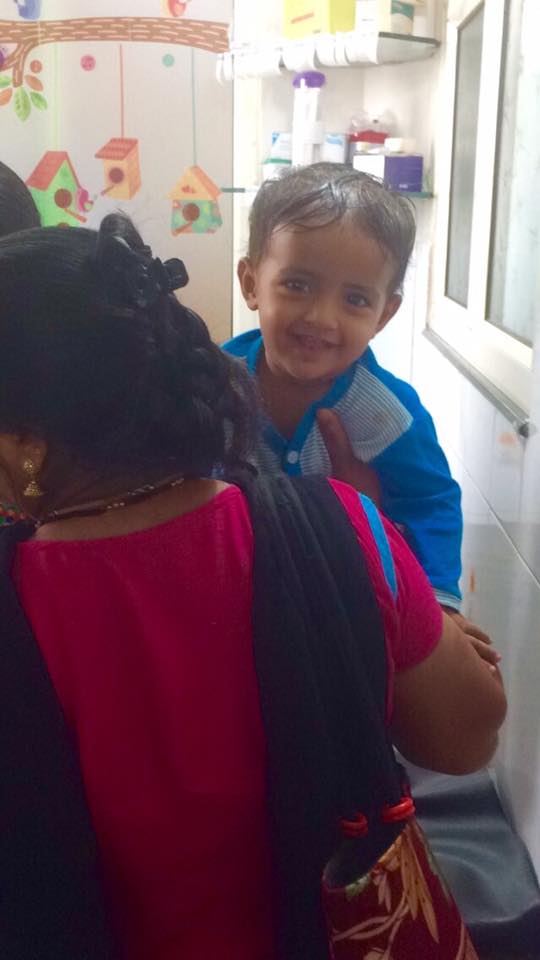 One of Dr. Kothari’s happier patients!!! ❤