From May 31st to July 14, 2017 I studied the history of European Integration and violence in Europe at European University Viadrina in Frankfurt an der Oder, Germany. I was surprised from the moment of arrival, essentially – as I saw a side of Germany that I did not think about – the difficulty of recovery from being divided. When I arrived in Berlin, I was surprised to find that two years of German and learning about the culture and language still could not fully prepare me for culture shock. When I arrived in Frankfurt an der Oder, taking a train from Berlin eastward, I was even more surprised to find something that had yet to cross my mind learning about Germany. Frankfurt an der Oder, a smaller, different town than Frankfurt am Main (the big one) used to be an industrial hub under the Soviet Union, and when Germany was reunited, all the heavy industry was shut down and the town suffered unemployment and a population drain. When I think about Germany, I think about how it is the economic hub of Europe, how its infrastructure is nearly unparalleled, and how its political system functions quite well. I did not think of abandoned buildings that the local government has no money to repair, or how Germans in the east blame the EU for many of their troubles. Not only did my studies relate to Social Inequality and Human Rights – my whole experience showed me an experiment in trying to fight inequality. I did not think how the culture of former east Germany has yet to fully assimilate to the west. Nor did I think of how the west has failed to adjust and help merge the former two Germanys in many ways. The cultural problem remains difficult to solve in many ways, as there is still almost an anti-western sentiment in eastern Germany, and vice versa in west Germany. The way the country has attacked the economic problem, and even started to attack the cultural divide, has been interesting though. With the dawn of European integration and the revival of the German economy, the infrastructure – the public institutions, transport, and other structures in east Germany – has undergone serious revitalization. 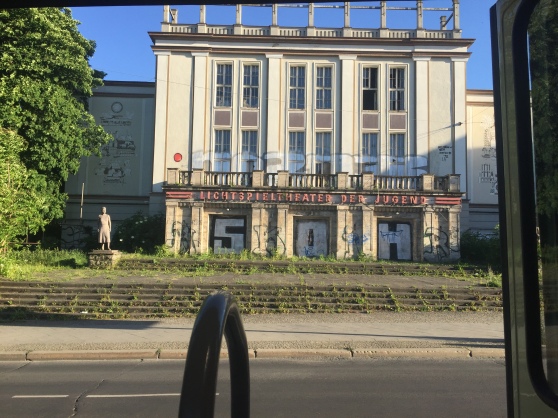 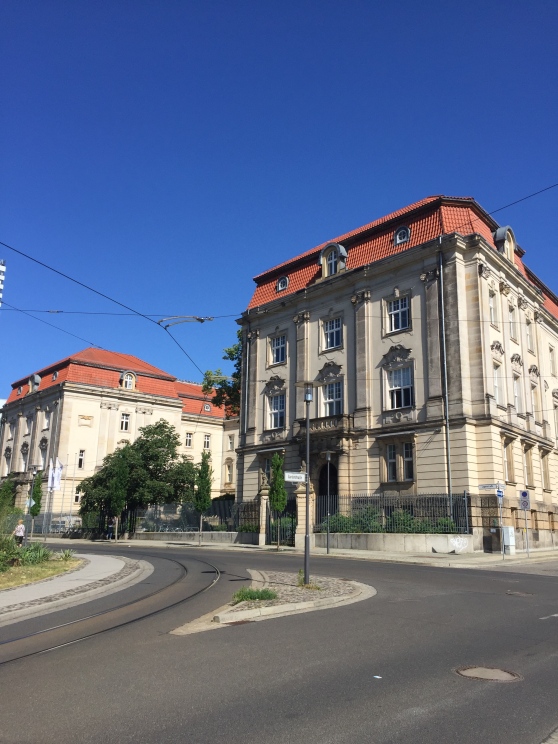 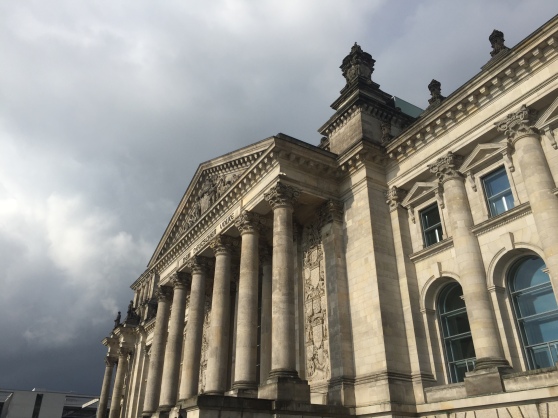 (Façade of the Reichstag, Berlin, Germany)

The university I studied at was closed by the Soviets, but has been built back up by the country to become a well-known international educational institution. In many ways, though many buildings are abandoned and still destroyed – the infrastructure in East Germany is better than the west, as its become more focused on making its students cosmopolitan. Therein lay the biggest cultural difference I saw in Germany – the way children are brought up to know their own history more thoroughly than anything before they broaden their knowledge to the world. The Holocaust is a giant scar on German history, and the Nazi period is a taboo subject for many in the United States. However, in Germany, people fully recognize the past’s mistakes, as the old slogan “never again” truly means something to them. In discussing their history, Germans were very blunt and thought the only productive way to move forward was to recognize the past so as to understand the problems of today and solve them. Though most Americans know their country’s history, the attitude toward it, and attitude toward education here is far different than the German one, and I honestly wonder now what changes developing these attitudes and approach toward a more efficient infrastructure at a local level, particularly here in Montana, with the presence of historical trauma on reservations and a lack of proper education structures for many, could make.