My first week in Arusha, Tanzania was a blur. Zooming cars, screaming citizens, a foreign language, completely losing myself within the city and the culture. It was chaos, crazy but thrilling and absolutely wonderful. The city of Arusha is far larger than I expected and is relatively diverse, filled with people of all classes, religion and color. There are some individuals that are welcoming and eager to question and there are some that prefer to observe you from afar. Overall it is a bustling city that is full of life.

I arrived in Tanzania on a Sunday morning after approximately fifty hours of traveling; it was warm, humid and beautiful. I was exhausted but this didn’t cease me from taking in the beautiful green wilderness around me, trees, flowers, grasses and blue skies. After making it through customs, attaining a visa and my baggage and reporting the missing baggage that had somehow lost its way among the several airports I walked outside to find Christopher, my guide and driver that would take me to the volunteer house.

From the airport, heading into Arusha, there was an evident change. The site from the window started as vast brown and green farmland with children roaming along the side of the roads herding goats and cattle, houses were few and far between, mostly constructed of dirt and sticks, others with concrete. Getting closer to the city houses became more frequent and the number of people increased. The roads were incredibly bumpy and the traffic was horrific at first. Eventually I grew used to the constant swerving and honking, the passing of other cars regardless of oncoming traffic and the occasional pedestrian standing in the middle of the street among the traffic.

The next day I participated in an orientation and was shown around to a lot of necessary locations throughout the city such as a bank, a grocery store, the market and the hospitals. After the first day, our group walked to the hospitals together. We met the doctors and nurses that we would be working with and began following them. Throughout the next few days we learned the procedures and protocol of the hospitals.

Our mode of transportation in Arusha was our feet. Walking several miles a day allowed us to see more and more of the city we were in. It also allowed us to experience more of the culture. The streets were always crowded with both people and vehicles. It was loud and chaotic. Crossing the street was nearly impossible. Cars were always driving quickly, ignoring the few traffic signs and passing other vehicles at any time. The sidewalks were filled with children walking to school, the homeless with their belongings, women selling corn and peanuts and others walking to and from stores or the hospitals at which we volunteered.

The hospitals we volunteered at were far different from those of the states. Sanitation was extremely lacking compared to the US standards and there was less supplies to work with. Considering the conditions, the nurses and physicians did do a great job with what they were given. Sanitation was something that we tried to address within our group, showing the faculty the few things that we saw they could improve with the supplies that they had. The faculty were very accepting and taught anything that related to the patients and conditions that we observed and aided with. There were many conditions and situations that were difficult to comprehend and accept but I will dive into those in my next blog. 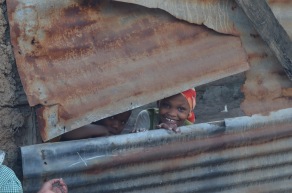 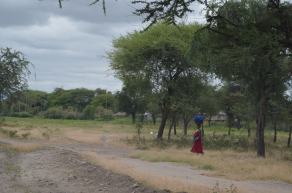