My host mother is an amazing person. What makes all of her accomplishments even more impressive is the obstacles she had to overcome to get there. She became pregnant at age 20, but continued to work her way through college. She worked full time, was a full time law student, all the while being a single parent with NO financial help from her family members or her child’s father. Is there another word to describe that other than amazing?

She graduated with a law degree and went to work for the government in Mexico City.

*It is important to note that the Mexican judicial system does not include a jury to help decide the fate of the accused; it is the judge’s decision. Also, in Mexico, you are guilty until you can prove your innocence; the opposite of the United States. This causes issues for obvious reasons. After talking to many people about the system, most believe this system hurts the poor and helps the rich. The wealthy mexicans can simply pay off the judge or police officers to avoid trouble, but the poor cannot often do so. Then, the poor cannot afford proper representation to prove their innocence so they may spend years in jail for petty offenses.

Back to my host mom. One day she was writing a guilty verdict of a man who murdered someone, all of the evidence proved so. However, the day before the hearing she watched the accused walk into the judge’s office with his attorney. He walked out smiling thirty minutes later. The judge told her to change his conviction to innocent. When she refused to change the verdict, she had to flee the region for her and her daughter’s safety. She stopped practicing law and became an accountant and a Spanish/English teacher instead.

Samantha became a lawyer in hopes of helping people, but the current judicial system in Mexico challenges any attorney’s ability to do so. Luckily, Mexico has been working on a series of judicial reforms to be completed and implemented by 2016. I took a Politics of Mexico class while I was living abroad, and we spent a lot of time focusing on the Mexican judicial system.

As a hopeful law student, the stories I listened to surrounding the system were frustrating, but they reminded me why I want to enter the discipline; to help people. The American judicial system is by no means perfect either, but we do have certain freedoms and rights many other countries do not in our system.

Another strong woman that I had the opportunity to meet while I was in Mexico was my Spanish teacher Alicia. Alicia was hands down the most positive person I have ever met in my life. She was constantly smiling and laughing and worked really hard to challenge my language skills. As I got to know Alicia better I found out more about some of the amazing things she has done. Alicia was raised in an indigenous village a few minutes outside of Patzcuaro. When she was about to enter high school, she had to work to get the elders in her community to let her go to high school. After months of meetings and hard work, she was able to get them to agree. Alicia went to Patzcuaro for high school, being the first girl from her community to do so. After high school, she knew that she wanted to go to the university. She fought for seven years for permission from her community to do so. Her husband helped fight for her right to go too. Eventually they let her, and she has since become a teacher. She has three children and is married. On top of all of that, she has also started a small loan program in her community that gives money to women who need assistance or want to start a business. However, it is common in Mexico that the husband does not work a steady job, and that the wife does. Women are still expected to do all of the cleaning and cooking too. With all of the things Alicia had to overcome, and how hard she fought to get where she is, it is hard to argue against the fact that Alicia is one strong woman. 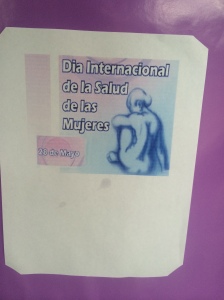