From Wanaka the drive up the west coast was a quick two days but still full of amazing scenery. My first stop was Gillespie Beach, 20 km down a dirt road from Fox glacier. It was a free campsite right on the beach, with the best view of mount cook. After a run, through the forest and on the beach where I saw seals, I got back to camp just in time to start dinner and watch the sunset over the ocean. I watched as the sun quickly disappeared behind the horizon then saw the green flash that I’ve always heard about. I looked behind me and Mount Cook was standing so bold with a pink glow from the sunset. Small world I actually ran into my Chemistry TA there from my Freshman year, she didn’t remember me though.

The next day after a longer day of hitch hiking, I tagged along with two German girls and saw another glorious sunset at Pancake Rocks. We stayed in Paparoa National Park and the next morning I ventured back to the Fox River Tourist Caves. It was a short hike back though a dense green forest then up to a huge cave that randomly appeared in the towering hundred foot rock wall. I went inside with my torch but didn’t make it far as I was reminded of the movie The Descent and got a little scared. It was a different type of beautiful as the dark cave was lined with jagged calcium carbonate icicles. I do hope to do some caving while I am in New Zealand as there are an abundance of caves everywhere. 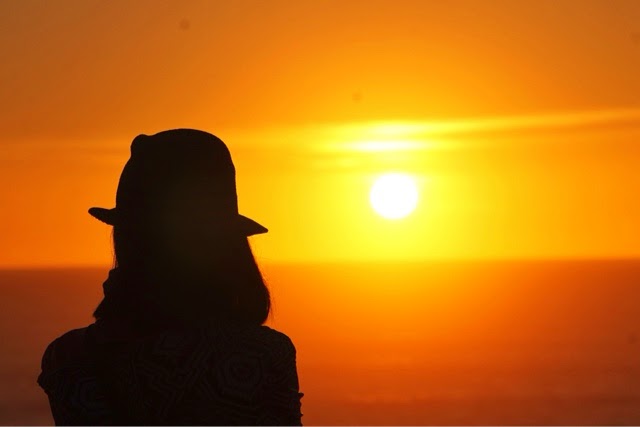 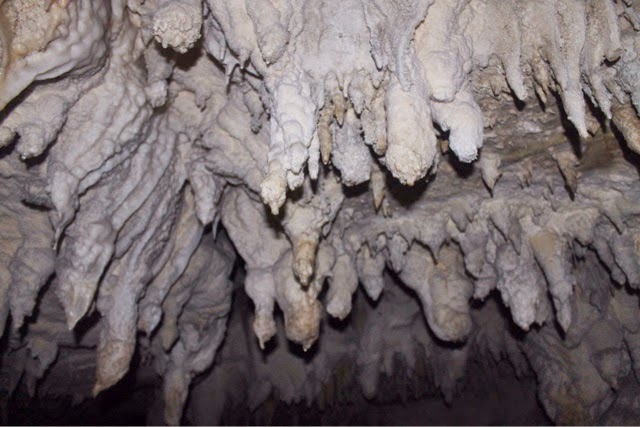 I wanted to stay on the west coast longer but only had so much time before I needed to be in Wellington. I wanted to get in one more walk and headed to Nelson Lakes National Park to do so. It’s hard to say what has been my favorite place in New Zealand, as it is all so beautiful and unique, but Nelson Lakes stands high on the list.

I got to the park and spent far to much time in the Department of Conservation office trying to figure out which track I want to do.  I picked a short four day circuit to different lakes, hiking in valleys, up and down mountains and then along a ridge. Sounded good to me, and it was!  The first day I walked along Lake Rotoiti into a huge valley and stayed at Lake Head Hut. It was such a beautiful night when I got there but bees covered the ground and kept me inside. Two of the people in the hut had been stung earlier and the bees are quite a problem in the area. Usually the huts are full of Europeans, mostly German, but this time it was different a different crowd with Australians and Kiwis. It was a nice bunch and one guy even gave me a new spork as mine had broke in half the first day I used it. This one didn’t last long either, maybe a week. 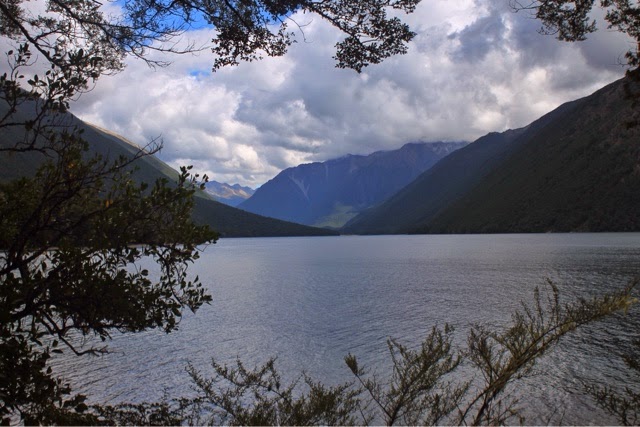 I woke up early the next day to start the climb up the Cascade Track to Angelus Hut. It started with a gradual climb through the forest, where I occasionally got a view of a waterfall and the mountains I was about to climb. I kept expecting to see people but I was all alone on the trail and it was quite peaceful.  I broke above treeline and was astonished with the graceful mountains all around me. They reminded me a lot of Colorado mountains and made me feel somewhat at home even though I was half way around the world. 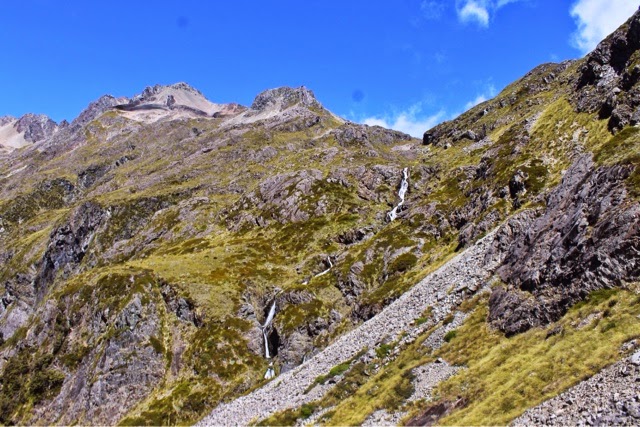 The rest of the hike was straight up big boulders at first which turned into scree.  My calves and legs were on fire but I was loving every minute of it and the view kept getting a better. As I was climbing up I would see what I thought was the col and think I only had a couple more minutes but would reach that point to find more to climb.  I eventually made it to the top where Angelus Hut laid on the edge of Angelus Lake and more glorious mountains. The hut was completely full that night with 30 people from all over the world, even some people my age which I don’t normally see in the huts.  It was by far my favorite hut I had stayed in and the view really didn’t get much better. 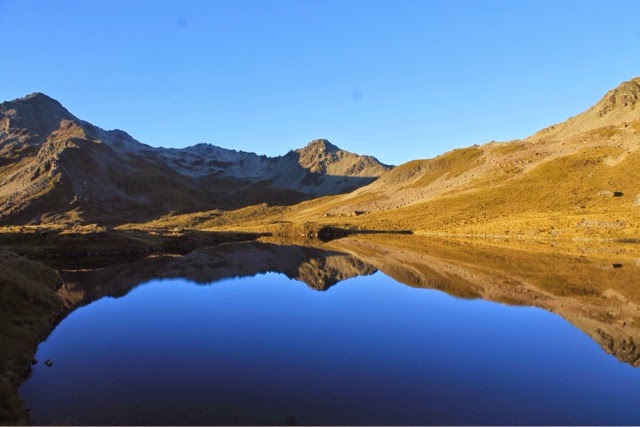 I had the best bed in the hut and woke up the next morning to turn over and look out the window to the lake reflecting the mountains above.  It was hard for me to climb out of my sleeping bag but I was motivated with the good weather and wanted to climb Mount Angelus in the distance. It was a short climb up to the top and was the highest I had been in New Zealand at 2075 meters (6807 feet). The view was amazing and a huge inversion made it feel like I was floating on a world of mountains.  It was absolutely stunning and a perfect way to start the day. 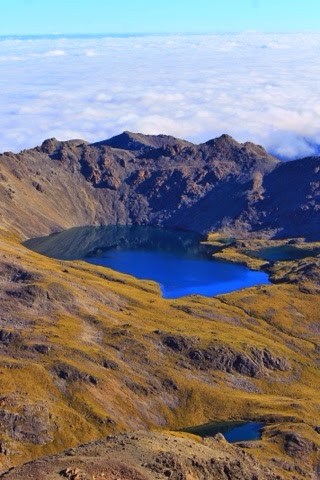 The rest of the hike I was above treeline and had amazing view for miles of different mountain ranges, lakes and small farms in the distance.  I made my way along Roberts Ridge and decided to stay at Treeline Hut to make for a short hike the next day. It was a quiet night with a couple of Germans like usual, they are everywhere.  Everyone was in bed by 8 even before the sun went down but being a night owl I stayed up and finished my book I haven’t been able to put down ( “A Wind from a Distant Summit.” If you like mountaineering, bad ass women or crazy adventures you should most definitely read this book).

I was sad to hike out of Nelson Lakes and wished I had more time to do the whole cirque that takes 7 days.  I guess it’s just another track to add to the list for next time. I continue to be amazed with New Zealand at its variety of environments. You drive one hour and you are in a completely different landscape.  In the matter of a week I saw rivers, lakes, dense forest, beaches, caves, waterfalls, glaciers, 12,218 feet mountain tops, alpine terrain and more.  How many places can offer all of that in a matter of 300 miles?  Not many and I am so fortunate to be seeing it all.