People generally have a preconceived idea of what Australia looks like.. beautiful beaches, people that are blonde and tan, kangaroos, dessert, tropical fish, and surfers. While it does offer a taste of that, I’ve found it to be so much more than that.

Exchange is harder than you’d think and everything is very overwhelming in your first few hours and can last for days. The people were so nice and immediately started helping me find my way around the train stations when I was very obviously lost.  I was determined to come here and not come across as the “typical American” but was quickly informed that you stand on the left side of the escalator about an hour in… So even though my origins were apparently obvious I’ve started embracing it rather than trying to hide it. People immediately ask me about American politics and then follow with something about the Kardashians or other reality TV shows. I’ve quickly discovered that most Aussies know more about American pop culture than I do.

The more subtle parts of Australia have quickly become my favorite. Tasmania, is the “hidden gem of Australia.” It has more of a temperate climate and there is a wilderness mindset among most of the people. They love bush walks (hikes) and local food. The cities are full of history and beautiful parks. The diversity here is amazing and you meet people from all over the world every day. My flatmates alone are from the US, Holland, New South Whales, and Tasmania. It’s been a house full of mixed culture and the beginning of some amazing friendships.

I’ve been in Tassie for about three weeks and there is something about the atmosphere that makes it pretty impossible to be unhappy. My days are filled with classes about the local wilderness, good people, interesting food, different kinds of animals and experiences that I never expected in my wildest dreams. I knew there were Kangaroos, but I never expected to feed them out of my hand and hang out with a baby wombat. So far, Australia has surpassed even my highest expectations. 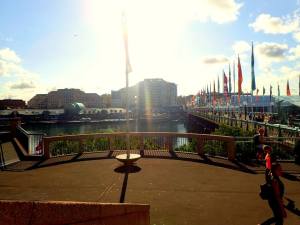 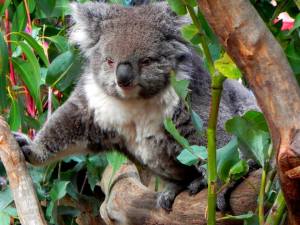 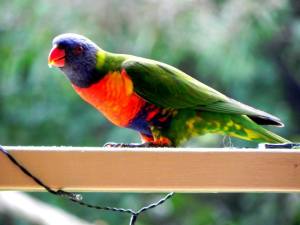