Some of the nicest people I’ve met have been strangers I bump into on the public transit system.

One evening around midnight, when I was simply riding a bus in order to have a place to read, the bus driver noticed I didn’t get off at the last stop.

“Miss your stop?” he asked.
“Uh, kinda.
“Which one?”
“Mississauga Road,” I said. He raised his eyebrows at me. It was the stop I initially got on on the bus, and somehow he remembered. “Well, I’m actually just riding in order to read a book, if you don’t mind.”
“Nah,” he said, and I turned around to go sit back down. Before I got to my seat, he shouted back, “What book?”
“Zen and the Art of Motorcycle Maintenence.”
“Oh, I have that one!”
“Really? A lot of it is about this place I’m from, Montana.”

I spend the next hour of that ride talking to the driver. He was a chef, and used to travel across the world. He told me about his struggles starting out as a kid with no experience in the kitchen, and then, like ever other successful person, got a lucky break solely cracking eggs for a good restaurant. When that part of his life was done, he went to law school, and defended criminals in court. To get by in school, he took up bus driving at night, and kept doing it ever since. The pay was good, and it was peaceful.

Everyone I worked with in the lab were so friendly, too. I never minded leaving work late, and I often tried try assist other people with their lab work in order to get to know their research and them as a person. The casualness of talking to someone while pippetting, I’ve found, is akin to talking to someone over coffee. It’s an easy, monotonous act that just begs for conversation, and I’ve made many friends while putting tiny drops of liquid into other tiny drops. It’s a funny thing.

Last weekend, I caught the last train back from the Canadian National Exhibit, I didn’t realize that I had just missed my last bus home. Four other kids my age, along with an older Pakistani man, missed the bus as well, and somehow we all split the cost of a cab and just laughed it off. I couldn’t think of a better way to end the night than having met those folks.

As I write this, I’m on my last plane back home to Missoula. Today I turn 20, and though I’ve learned so much over the summer, I still can’t feel justified leaving my teenage years. The more I learn, the more I feel like I don’t know anything. I’m so privileged to have been able to learn from everyone at the University of Toronto – Mississauga this summer, and to have ended up with such a great group of people. I owe everything to the people who have helped me in my life, because if everyone had the same opportunities given to them, my story would be nothing special.

As with any place you travel in life, it’s the people that make it. For all the brief strangers that helped me find my way in a large city, that spent their time with me, that helped me be in Toronto this summer at all, I am eternally grateful. I would have never been able to do this by myself, and I’ll never have such a great opportunity again. Thank you. 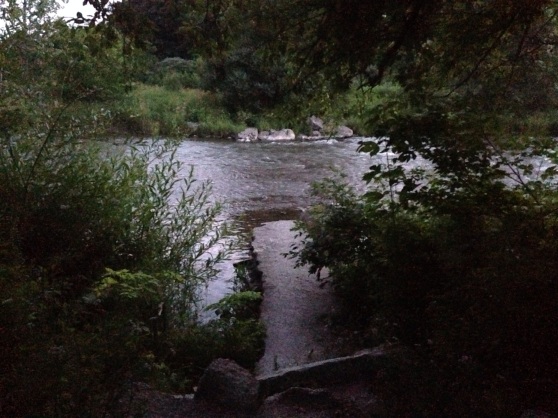